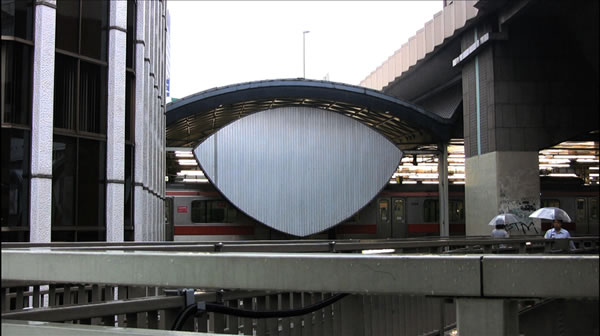 The days of August. An improvised film composed of 15-second shots taken every day that connect a 31-day period. Works created from 2008 to 2013 are brought together as a “6 year mix”. The daily shooting was conducted according to a schedule determined by the lunar cycle, but otherwise no restrictions were put in place. Editing was done in December of each year, bringing together the footage while rediscovering scenes that had been completely forgotten. (M.S.)

Born in Osaka in 1969. Participates in exhibitions and film festivals in Japan and overseas across a range of fields including film, video art, and documentaries. His “BETWEEN YESTERDAY & TOMORROW” won an Excellence Award in the Art Division of the 16th Japan Media Arts Festival. Currently a professor at the Institute of Advanced Media Arts and Sciences. Supervisor of the “SOL CHORD” DVD label.