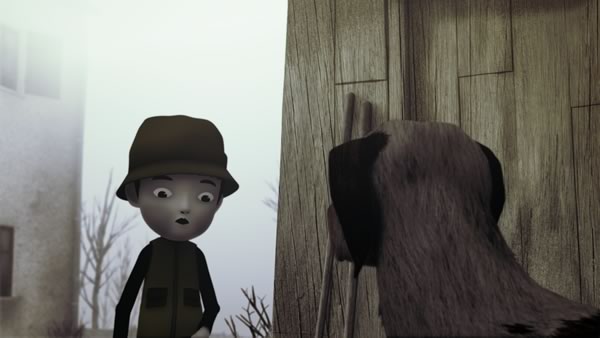 Simon knows ducks quite well. They make noise, fly, œ, some even roll.
Sometimes, it’s a bit confusing and Simon gets lost.

He got his degree in Paris ENSAD in 1999. He works since then in various fields: art direction, illustrator for editors and magazines, animator and independent director for commercials. In 2004, he directs his first animation short film, A Backbone Tale, which wins about fifteen international awards. In 2008, Skhizein, his second film, is nominated for the french CÉSARS, short-listed for the OSCARS and wins more than 90 awards in festivals. Since then, he directs many commercials (SNCF, CITROEN), as well as the Good vibrations short film for ACME filmworks.