Autour du Lac (Around the lake) 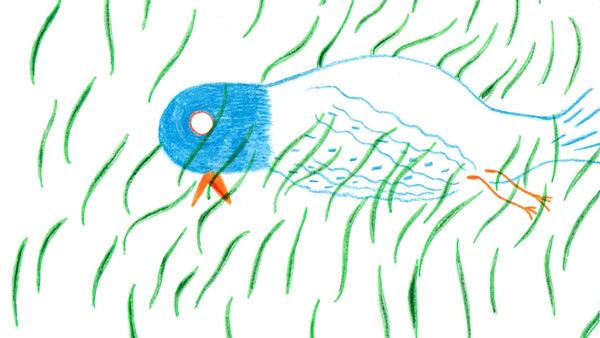 The breath of a jogger, a demolished anthill, a puddle, a sandwich left on a bench, a squirrel … fragments of lives that take us for a walk around the lake, with the words and music of “Carl & les hommes-boîtes”.

He likes telling stories. He’s an illustrator. He founded ‘Nos Restes’ publishing in 2007, making fanzine books, exhibitions and concerts. He co-directed with Noémie Marsily a short animated film produced by “Zorobabel”, entitled “Poodle”. He tells stories on music Noza, Emmanuel Coenen and Z, their first album was released in September 2009, at Humpty Dumpty Records and made a lot of concerts in festivals (Nuits du Botanique-Mars en chanson-Dour Festival-Massif Festival etc …)

Born in 1983 in Belgium. She is painter, illustrator and filmmaker. She’s also part of the collective “Nos Restes” in Brussels, which is experimenting around books, narration, pictures, highlighting the diversity of practices. She co-realized “Poodle” in 2010 with Carl Roosens and they started the movie “around the lake” during a residency at the Abbey of Fontevraud.