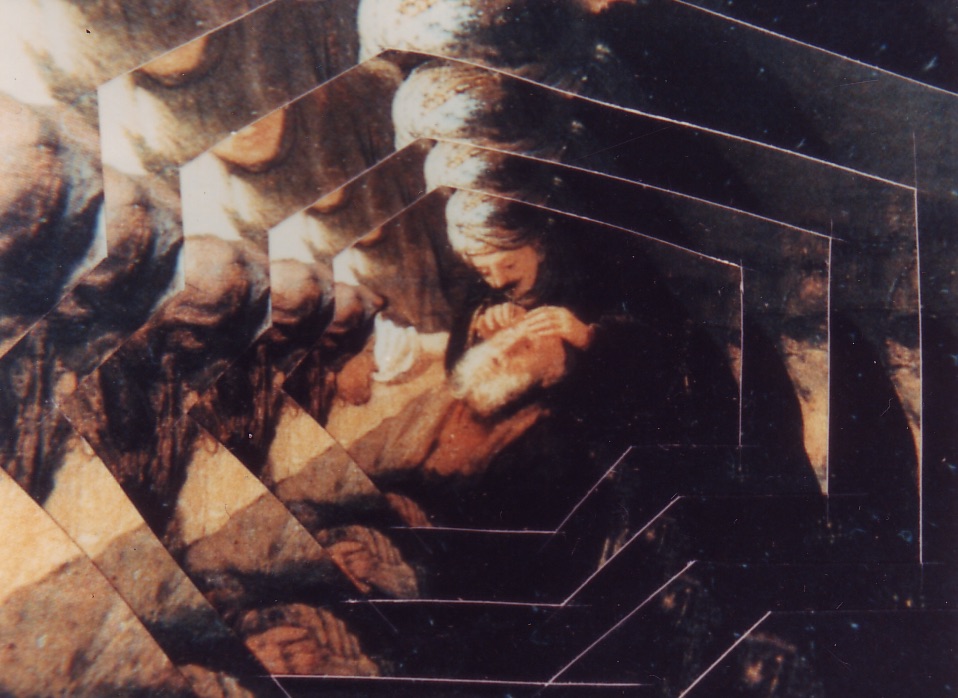 A visual work that begins with one of Rembrandt’s paintings and adds free-form decomposition and reassembly. The origin of cinema, the world of light and dark…, this was also Rembrandt’s main motif. (From the 1987 IFF catalogue).

Born in 1956. Animation artist. Graduated in the 8th class of the Image Forum Institute of the Moving Image. Won a prize at IFF 1987 for METAMORPHOSE WORKS NO. 5. Has been screened at many international film festivals. In 2011, MIDORI-KO （2010）, a feature-length animated film more than ten years in the making, was released in theatres. and screened in twenty-two countries around the world. His music videos for Dir en grey’s RINKAKU (2012) caused a stir. Major works include WORM STORY (1989) and FLYING DADDY (1997). Most recent work is WEALTH OF VISION （2015）. Plans to complete a new work this summer.