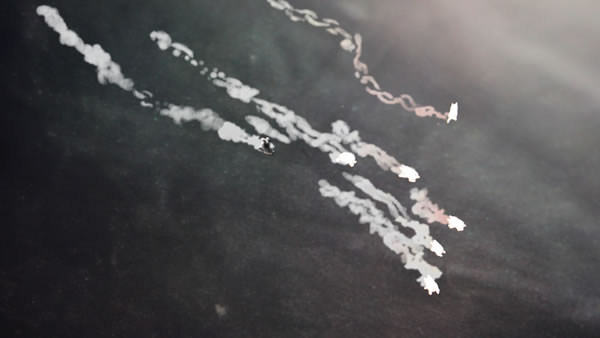 The little rabbits tended by the big dolphin increase in number, and the caressed big dolphin falls asleep.
So that the many people who are even today in the midst of groaning and wriggling shadow and light may sleep well.
With the theme of the materialization of animation, an attempt at an expression in which the wriggling of animation portrayed on a screen with light and shadow stands as itself. (I.A.)

Completed a degree in animation at the Tokyo University of the Arts Graduate School of Film and New Media in 2013. Major works include “USAWALTZ” (11), “Hokori inu no ha nashi” (12). Has had works screened in Japan and overseas. This work was screened at the 2013 Ottawa International Animation Film Festival (Canada), and was also selected for 2014 IndieLisboa (Portugal).