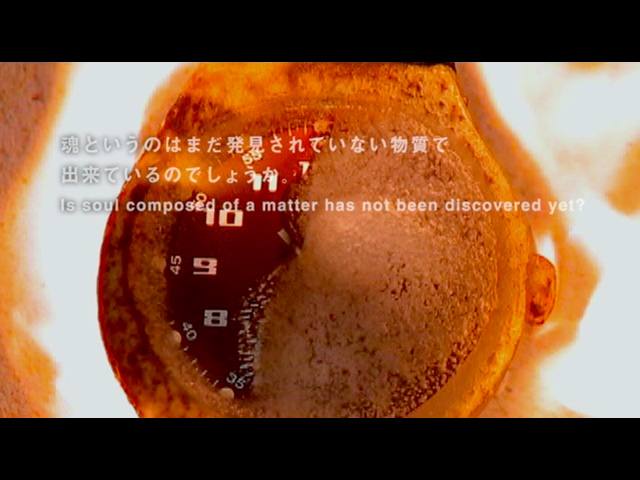 “Under a cherry tree, there’s always a corpse…” After a literary Opening featuring this quote from Motojiro Kajii and the image of a giant, bifurcated tree, Textism suddenly changes key and a work full of wry humor emerges. Three stories, each somewhat aloof in tone, are told using subtitles and computer-generated Synthetic Sounds. With its effective presentation of images, this artist’s “memento mori” compels us not so much to “think of death” as to “think of text (mozi)” (From the 2004 IFF catalogue)